It is the historic story of a household millstone and 3 brothers of Ngoo’s family, Mr Ngoo Ah Hong and his two brothers that made Kampong Koh, synonymous to garlic chilli sauce in Malaysia.

The very first batch of garlic chilli sauce was made around 1970 by Ah Hong’s spouse Lee Tern Hua, using the millstone in No. 2 New Village wooden house, and recycling F&N and Coca-cola bottles to fill in the sauce. That was her hobby, to introduce new recipes for sauces, and sharing them with the neighbourhood.

Tern Hua’s original recipe was passed onto the 3rd brother (Kea Sui) as he was looking for an additional source of income beside rubber tapping. The eldest brother (Kea Siong – nickname “Tiger”) saw the viability of the business and sought advice from the other brothers to formulate his own recipe.

With increasing demand, Ah Hong invited his other brothers to form a joint venture; but they preferred to operate individually. To avoid direct competition, Ah Hong then decided to move to the country’s capital, Kuala Lumpur to start his own business venture. It was not an easy start but he managed to deal with all challenges that come along with his supportive wife.

On 2nd August 2021, Ah Hong handed over the management to his sons Ngoo Kia Suen (Production Director) and Ngoo Kia Ching (Commercial Director). Both of them has agreed on a common business blueprint towards IPO at Busar Malaysia. Stay tuned. 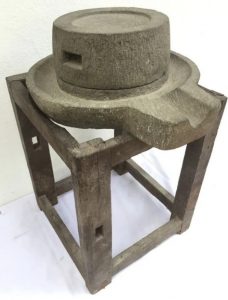